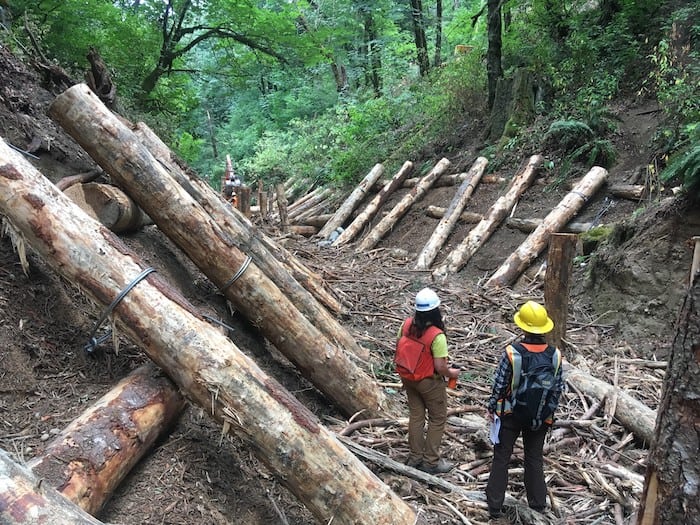 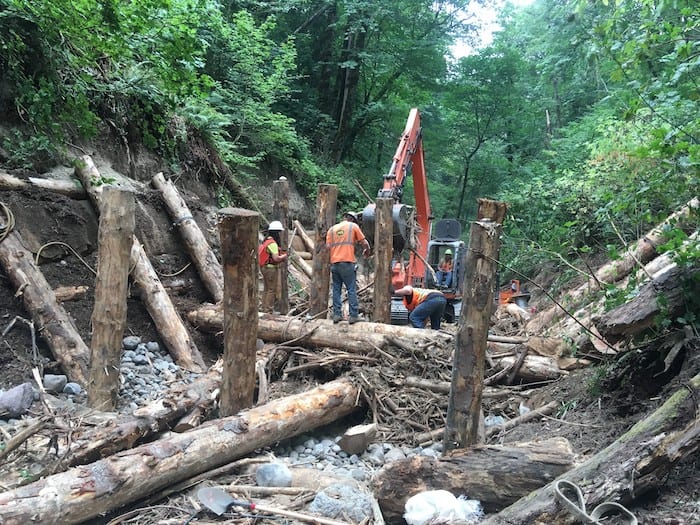 Client: City of Puyallup and Puyallup Tribe of Indians 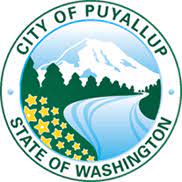 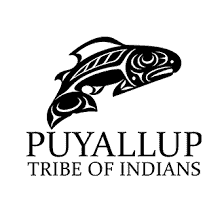 Clarks Creek and Upper Clarks Tributary experienced substantial down-cutting and in-channel erosion. This project stabilized a 12’ headcut as well and roughened the channel and banks for approximately 2,000 LF to reduce continued channel degradation and downstream transport of sediment into the downstream reaches of Clarks Creek. The erosion of sediment in Clarks Creek is likely due to increased peak flows caused by urbanization and associated impervious surfaces. Additionally, deforestation within the stream buffer contributed to unstable, saturated soil from lack of evapotranspiration, canopy interception, and root mass stability on slopes. Project objectives included 1) a reduction in sediment production and transport from eroding channel banks and bed in the headwaters of Clarks Creek and 2) an increase in flood storage capacity within Upper Clarks Creek and Upper Clarks Creek Tributary. Channel and bank roughening consisted of logs placed in the bed to stabilize existing soils and roughen the channel bed. It also contained large woody matrix of logs, slash, cobble, and native plants to create backwater and aggrade sediment. We used toe structures made of logs, slash, and native plants to capture eroding soils from vertical banks (10’ typical) and timber frame structures made of coir, logs, and native plants to stabilize slumps (10’-40’ high slumps).

We have also pushed ahead on installation of ELJs in difficult-to-access locations using traditional logging equipment operating in reverse to deliver large wood from upslope areas into riparian corridors. Rocky was chief engineer for the $2,200,000 Clark’s Creek Channel Stabilization Project which installed over 31 engineered log jams and stabilized over 2,100 feet of channel and streambanks using a Yoader to set skylines and deliver hundreds of logs to trackhoes operating at the bottom of a ravine. The ground crews and trackhoes installed the logs and slash to create ELJs designed to collect and retain thousands of yards of sediment in a wildly-unstable ravine in a non fish-bearing watercourse. The ELJs are stabilized with augered piles and the bank stabilization structures are anchored with rotating-head mechanical anchors. NSD was initially hired by the Puyallup Tribe of Indians to develop up to 90% designs and support permitting. Final design and construction was completed in 2018.